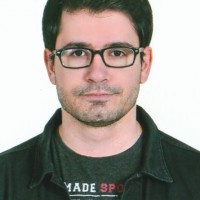 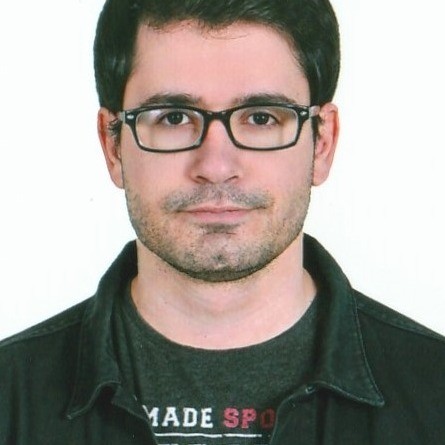 Always bring a professional interpreter whether you're a mafia boss.

Traineeships Opportunity in The European Committee of the Regions

You can expand your network on Linguria. Simply, go to People and send a connection requests to other members.

Don't forget “it’s not what you know, it’s who you know.”

Who contributed to English more, Bible or Shakespeare? Christianity has been a part of English spoken societies for hundreds of years. The main means of Christianity is Bible or Bibles. Christianity spreads itself through Bible and reaches to people. It is same for English spoken societies. They read Bible to understand Christianity. As it has been a part of English people for hundreds of years, we can expect it to have an effect on them. Indeed, Bible has a profound influence on English language. In this paper, we will see in which areas Bible affect English language, so we shall begin.

Bible is a religious text but at the same time a literary work. It is one of the earliest English written literary works, and we cannot argue that it has not influenced other works written afterwards. For example, when someone says English literature, the very first name comes into mind is Shakespeare. Now, let us go back to the question: “Who contributed to English more, Bible or Shakespeare?” They both greatly contributed to English. However, who is the winner? It is actually challenging to decide between Bible and Shakespeare because what if Bible influenced Shakespeare? And if he was affected by Bible, does that mean Shakespeare helped Bible to spread its influence? Because we see Biblical items in his works. Battenhouse(1986) states that Shakespeare’s plays “frequently echoes Bible language or paradigm, even when the play's setting is pagan.” Michael J. Cummings created a list for Shakespeare’s Biblical allusions, and let us see three of those echoes used by Shakespeare in his plays. Shakespeare alludes to Bible several times in his Hamlet. For example: “That skull had a tongue in it, and could sing once. How the knave jowls it to the ground, as if 'twere Cain's jawbone, that did the first murder!” Here, we see that Shakespeare refers to the death of Abel. Also in Macbeth, he uses another Biblical reference, and this time we see something more direct: “Knock, knock, knock! Who’s there, i’ the name of Beelzebub?” The name “Beelzebub” belongs to Satan in Matthew, Mark, and Luke Bibles. If he did not come up with the exact name mentioned three Bibles, then we can argue that he referred to Bibles. The final example is from IV. Henry: “I am as poor as Job, my lord, but not so patient.” Here we see a reference to Job from Bible. According to Bible, God allows Satan to test Job but does not permit Satan to take Job’s life. At the end, Satan takes everything from Job except his life. Now that we see several examples, we can say that Bible influenced even Shakespeare and helped him to while he was creating his works. Now, it is time to see how Bible affected the daily English language.

In addition to literature, Bible and Christianity affected and contributed to daily English language. Whether you are a Christian, Jew, Muslim; believe in another religion or do not believe in one at all, your English includes Biblical words, expressions, or allusions. Here are some of the words origin of which belongs to Bible: scapegoat and forbidden fruit. According to Halloran(2012), scapegoat is used in Leviticus 16:9-10, and we see that a goat was sent into desert to atone people’s sins by the Jewish Chief. Today, we use it to describe people who is blamed for other people’s mistakes. People use it every day, we can see it everywhere even in a newspaper headline. The Local, for example, used it today: “Coronavirus is the perfect scapegoat even for Brexit”, and NPR wrote in March: “Jewish Americans Say They Are Scapegoated For The Coronavirus Spread”. So, when you decide to read your newspaper, you are likely to see a Biblical reference. Now let us move on to second example: forbidden fruit. It is used in Genesis 3:3 in which God forbids Adam to eat a certain fruit. Today we use it as Collins Dictionary defines “Forbidden fruit is a source of pleasure that involves breaking a rule or doing something that you are not supposed to do.” And here is an example from MotorTrend: “ABT's 434-HP Audi RS Q3 Is a Sweet Piece of Forbidden Fruit”. They use forbidden fruit to promote their automobile. According to them, their car will give pleasure, but at the same time your bank account will not be content with it. We do not know whether they are aware of phrase’s Biblical connection or not, but we cannot ignore how perfectly it fits in and gives the sense. The last one is wolf in sheep’s clothing from Matthew 7:15. The book warns people and says: “Beware of false prophets, which come to you in sheep’s clothing, but inwardly they are ravening wolves.” The phrase’s meaning has not changed much. We can see it from the definition of the phrase made by the Free Dictionary: A person or thing that appears harmless but is actually dangerous or bad. Two days ago, May 16th, 2020, Alexei Leonov used this phrase in his interview to state that he thinks Starlink Satellite is a wolf in sheep’s clothing, and it works for the benefit of the United States. After having seen these examples, now it is time wrap up what we have said so far to reach a conclusion.

Bible has a great effect on English language. It is not only because it is a religious text but also it is a literary work written and translated several times over the hundreds of years. As Bible has been a significant part English spoken communities even before it had been translated into English, we evidently see its influence on literature to daily life because whether you read a newspaper or watch a Shakespeare play, you witness it. Moreover Bible is Christianity, and Christianity is Bible; therefore, the thing affecting English language is not just Bible but also Christianity. So, tomorrow when you rise and shine, do not forget that Bible and Christianity is with you.

The Project Manager is responsible for managing and coordinating the completion of translation/localization projects.Position responsibilities:• Manage the entire life-cycle of multiple localization projects in a fast-paced environment• Coordinate all the project phases• Monitor and control projects status• Comply with relevant and applicable procedures• Perform quality checks at various stages of the process to ensure quality and accuracyEssential skills and experience required:• Excellent written and verbal English communication skills• University Degree (preferably in linguistic/translation related studies)• Detail orientation with the ability to multitask• Excellent problem solving and analytical skills• Ability to work under pressure in a fast-paced environment• Highly-developed computer skills (MS Office, Windows)This is a full-time remote position (from 1 pm to 9 pm). If you feel that this job may be right for you, please send your resume to resources@arcadia-t.biz indicating your desired salary with the subject: PM 2021.

The task of the Electoral Translator & Interpreter is to provide daily support to UNEST/PEPOL Project on a range of electoral interpretation and translation requirements, including:

Professionalism:?Shows pride in work and achievements; demonstrates professional competence and mastery of subject matter; is conscientious and efficient in meeting commitments, observing deadlines, and achieving results; is motivated by professional rather than personal concerns; shows persistence when faced with difficult problems or challenges; remains calm in stressful situations. Takes responsibility for incorporating gender perspectives and ensuring the equal participation of women and men in all areas of work.

Communication: Speaks and writes clearly and effectively; listens to others, correctly interprets messages from others and responds appropriately; Asks questions to clarify and exhibits interest in having two-way communication; Tailors language, tone, style, and format to match the audience; Demonstrates openness in sharing information and keeping people informed.

Client Orientation: Considers all those to whom services are provided to be "clients " and seeks to see things from clients' point of view; Establishes and maintains productive partnerships with clients by gaining their trust and respect; Identifies clients' needs and matches them to appropriate solutions; monitors ongoing developments inside and outside the clients' environment to keep informed and anticipate problems; keeps clients informed of progress or setbacks in projects; meets timeline for delivery of products or services to the client.

Advanced University Degree (Master’s degree or equivalent) in linguistics or translation; Bachelors Degree with additional two years of experience can be accepted in in lieu of Master’s degree

Fluency in English and Arabic is required

ISI is currently seeking linguists with a diverse range of experience, qualifications and backgrounds. Beyond your education and experience, we are looking to develop partnerships with linguists who possess the same focus, flexibility, attention to detail, and ability to follow instructions as our in-house staff.

And of course, we need you to be both good and fast.

Ideals that ISI looks for in professional linguists to join our team as translators and editors are the following:

EXTENSIVE PROFESSIONAL EXPERIENCE IN TRANSLATION AND LINGUISTICS
UNIVERSITY DEGREE IN TRANSLATION, PREFERABLY AT THE MASTER’S LEVEL OR FOREIGN EQUIVALENT

If your interests and qualifications align with the requirements above, please submit your resume along with your language combinations to jobs@isitrans.com to begin the application process.

Close
Are you sure?
Please, enter a value here